This is meant to be a concise guide to the principles and values we hope to see embodied by the Tezos network. A longer, more detailed version of this list will be released later on this spring.

Tezos is a security-minded, future-proof smart contract system. Because Tezos has a built-in governance mechanism, its protocol can evolve and incorporate new innovations over time. In other words, stakeholders can make and enforce decisions about changes to the network using the network itself.

Despite the existence of this governance mechanism, some decisions will inevitably arise at a level that cannot be fully addressed within the network. To help in resolving those decisions and to provide a clear picture of our aims with the Tezos project, we are publishing this list of the general principles and values we wish to preserve at the “meta-governance” level. Principles are listed in order of precedence. 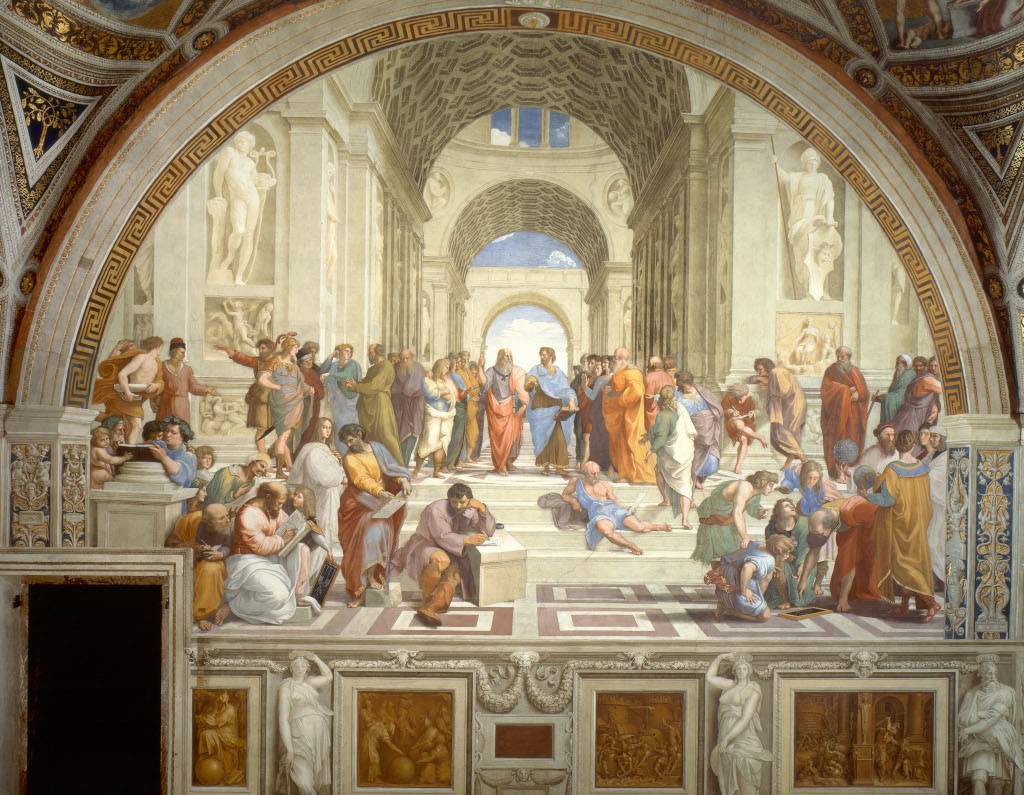 The School of Athens

Principles are the moral code that governs the Tezos network. They represent the core beliefs, the foundational concepts, upon which Tezos is built.

We value hard rules and will follow them to their natural conclusion, but not to their absurd conclusion. We believe in being consistent, but not foolishly consistent.

Regardless of its other goals, the Tezos governance mechanism should not be used to initiate force or fraud against others, either directly or through the use of a third party.

Use of the governance mechanism

All protocol changes should go through the Tezos internal governance mechanism when possible. If a person or party introduces a change via a hard fork, but that change could easily have been instigated inside of Tezos, we will reject that change and treat it as illegitimate.

Preserving the interest of token holders

The goal of our governance mechanism is to protect the interest of each token holder, irrespective of their stake, in their capacity as a token holder (this doesn’t mean that it should protect all of the possible interests of any person who happens to hold tokens, only those interests that pertain to token ownership). Generally speaking, this means favoring decisions that tend toward increasing the value of the tokens. Not only does this directly benefit token holders, but it also acts as a proxy for the most desirable properties, such as security, fairness, or usefulness.

Values are more flexible than principles. If you think of principles as Tezos’ moral code, the following values are its personality.

Building on the principle of non-dogmatism, our design choices are meant to be means towards engendering our values. For example, we are not interested in decentralization for its own sake but for the sake of censorship resistance. Similarly, we do not hold votes for the sake of voting itself but for the sake of reaching decisions which are unlikely to be challenged and tend to align with the token holder’s interest.

While we embrace new and creative ways to embody our values, innovations should derive from an attitude of circumspection rather than fecklessness. Political representation and decentralization are powerful heuristics carrying precious knowledge. We should think hard before departing from their prescriptions.

Our ability to amend almost all aspects of the ledger is not a carte blanche to change the protocol willy-nilly. Our goal is to provide a clear governance framework to supervise protocol evolution, not to take a cavalier attitude towards these changes.

Embracing open source and making volunteer contributions to collective projects does not preclude us from embracing markets, commerce, and profit-making. Tezos’ decentralized governance mechanism gives it the ability to reward contributors.

Tezos will grow faster and stronger if we project a positive and inclusive image and ignore the trolls. As the Persian proverb notes: The dogs may bark, but the caravan goes on.

We pay close attention to scholars and are proactive in incorporating their work. If research clearly establishes the benefits of a particular approach, we embrace it. Not all scholars are academics, and not all academics are scholars.

The value of any cryptographic token today represents a binary bet between its future irrelevance or its massive success. We aspire to protect a minimal core of functionality in order to preserve the token’s resiliency but, beyond that level, innovate wildly in order to maximize its utility and its odds of success.

An explicit goal of the Tezos project is to fully formalize and verify the protocol. We rely on strong typing, pure functions and all the programming techniques which allow for easier reasoning about the code.

To consolidate the economic value of the token, we seek to incorporate the most valuable features of general interest at the protocol level, rather than through smart contracts.